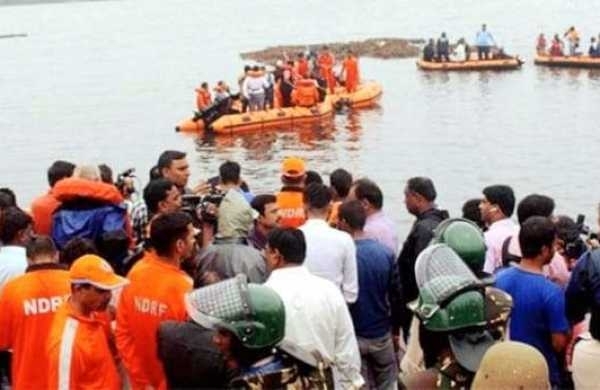 A month after a boat ferrying 77 persons capsized in the Godavari river in Andhra Pradesh, a private firm began the operation on Tuesday to pull out the vessel.

Workers of Balaji Marines with the help of heavy machinery began efforts to salvage the boat from the water at Kachluru village in Devipatnam block of East Godavari district.

The company had failed in its first attempt to pull out the boat earlier this month. The operation was called off after three days due to heavy flow of water. As the flood waters began to recede, it resumed the operation on Tuesday.

The firm is using the services of expert swimmers, boats, raft, 1,500 metres of iron cable and hooks for the salvage operation.

The Royal Vasista tourist boat, ferrying 77 persons to tourism spot Papikondalu, capsized on September 15 near Kachuluru village. While 26 tourists were rescued by villagers, the bodies of 38 others were retrieved later.

As many as 13 people were still missing and their bodies are believed to be stuck in the sunken boat.

The state government has already ordered a magisterial inquiry into the incident. The boat owner and operator were arrested for operating the vessel despite a ban due to the floods.