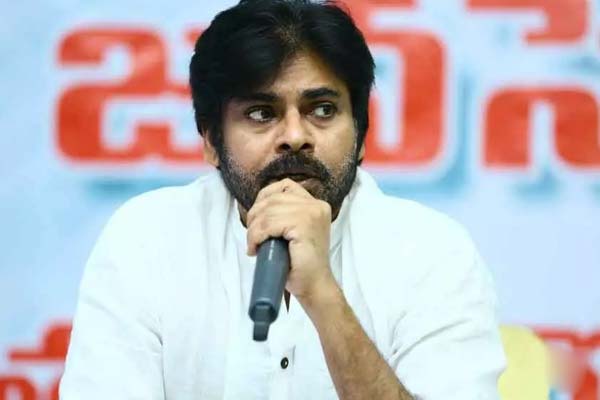 Demanding immediate halt to the auction of Srivari assets in Tamil Nadu, Pawan Kalyan said the movable and immovable assets were donated by devotees in South and North India to Lord Venkateswara. The Jana Sena Party president said the TTD has insulted and hurt the sentiments of the devotees who donated the properties by calling the assets as non-remunerative.

“Devotees have donated house sites, agricultural lands and buildings. The TTD has insulted the devotees by calling these assets as non-remunerative. The devotees donated the properties for Hindu religious purposes and to ensure service to the Lord, and not to the State government to sell the assets. The properties donated by the devotees should serve the devotees and pilgrims coming to the Lord’s abode,” Pawan Kalyan tweeted.

Pawan Kalyan said that the TTD and the State government should act as protectors of money and properties donated by the devotees and do not have the right to sell them. “There are several ashrams and peethams to which devotees have donated vast assets. These properties are being effectively managed by the ashrams and peethams. The TTD’s argument that it cannot protect properties located at far-off places and that they are non-remunerative, and hence the decision to sell them, does not go well with the Hindu devotees. I fail to understand why the TTD, which has a ‘Estate wing, has decided to auction the assets. There is no dearth of funds to run the affairs of the temple administration. The interest earned on the temple deposits is enough to run the temple administration.”

“All Hindu Religious Institutions and Organizations look upto TTD. As the largest and one of the richest religious institutions of the world, TTD must set a good example and best practices for others to follow,” Pawan Kalyan tweeted.

“If TTD sells away land, this shall set a bad precedent and even other Hindu Religious institutions might imitate it. This shall also hurt the sentiments and beliefs of millions of devotees. Andhra Pradesh has suffered and is still suffering a lot post bifurcation; the state still does not have a full fledged capital city; the economy of the state is very weak and fragile. AP needs investors to create jobs and revive the economy; one of the major resources for any government is land. Land can attract investors, land can be used to create value, land can generate revenue and hence the government must try all possible ways to protect and secure government properties, especially land. Hurting the devotee’s sentiment and belief and risking the economic opportunities for the state in the future, it would be a grave mistake if the YCP led state government lets TTD sell off the lands in the prevailing circumstances,” Pawan Kalyan noted.