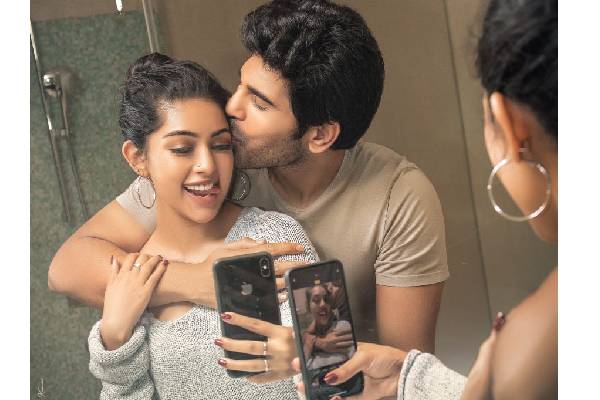 Allu Sirish is turning a romantic lad for his next film, Prema Kadanta. The two pre-look posters and the newly released first look posters of the film imply the same.

Sirish and Anu Emmanuel are seen sharing sparkling chemistry in the two first look posters that were unveiled by the makers today.

Interestingly, the makers have released twist first look posters. While one has a poetic feel with Sirish and Anu Emmanuel sharing a romantic moment, the other showcases them in a lively mood as they click a washroom selfie.

The film has been titled Prema Kadanta, as mentioned above. The romantic drama is directed by Rakesh Shashi and produced by GA2 Pictures.