The Press Council of India took a very serious view of the GO 2430 issued by the Andhra Pradesh government to prevent the media from writing reports against its policies. The Council said that the Jagan GO will create an atmosphere of fear in which the journalists will not be able to freely exercise their right to freedom of expression.

The Present Council issued notices to AP Chief Secretary LV Subrahmanyam and I&PR Principal Secretary to give their clarifications on the media gag order within a week’s time. Interestingly, the Council took a suo motu notice of the issue based on the alarming reports appearing in the national media in the past four days.

The Council Chairman and members were stunned at the way CM Jagan Reddy is trying to oppress the media in the name of rejoinders and police cases. No other CM elsewhere in the country dared to bring in such a media gag order. Obviously, YCP Circar is frustrated at media reports against its policies on PPAs, Amaravati, sand, liquor, IAS transfers, etc. 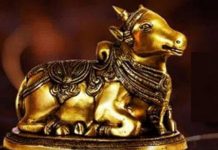 Nandi Awards to be presented shortly?