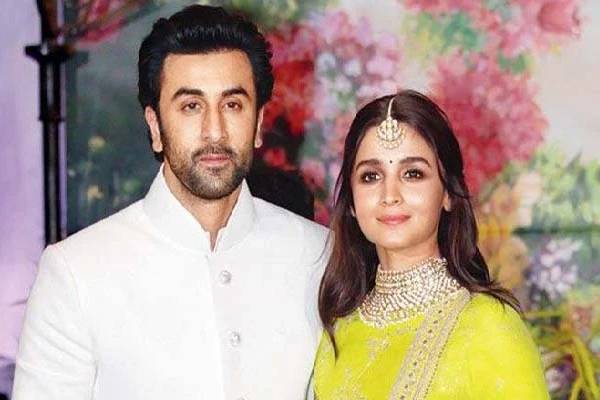 There are debates and speculations about the exact wedding date of star Bollywood actors Ranbir Kapoor and Alia Bhatt. None of them made any official statement and the wedding celebrations began last evening. Several close friends of the duo and the families of Ranbir, Alia reached RK Studios. The latest reports say that Ranbir Kapoor and Alia Bhatt are now officially married. The duo tied the knot in a restricted wedding ceremony that took place as per Punjabi tradition today.

Tight security has been imposed and no mobile phones are allowed into the premises. There are talks that the star couple dropped their grand reception plans which they had earlier. Apart from their families, Randhir Kapoor, Saif Ali Khan, Kareena Kapoor, Karishma Kapoor, Pooja Bhatt, Navya Nanda, Armaan Jain, Karan Johar, Manish Malhotra, Ayan Mukerji along with Akaash Ambani, Shloka Ambani and Akansha Ranjan attended the grand wedding of Ranbir and Alia. The duo is expected to release their first wedding picture for the world this evening.