The cash-strapped YSRCP government in Andhra Pradesh got relief with the Centre allowing it to borrow an additional Rs 2,655 crore from the bond market through the auction of bonds.

The union ministry of finance issued orders to this effect on Tuesday (today).

The recent lobbying by AP government at Delhi-level for additional loans seems to have succeeded.

The Centre permitted AP to raise more loans after it met its capital expenditure targets for April-June 2021-22 quarter set by the Centre. AP can raise additional loans for first quarter of this fiscal (April-June) in the ongoing second quarter (July-September).

“The additional open market borrowing permission granted is equivalent to 0.25 percent of their gross state domestic product (GSDP). Additional financial resources thus made available will help the States in pushing their capital expenditure further,” said the Finance Ministry in a statement on Tuesday. 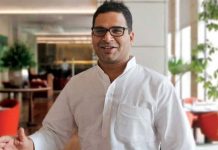