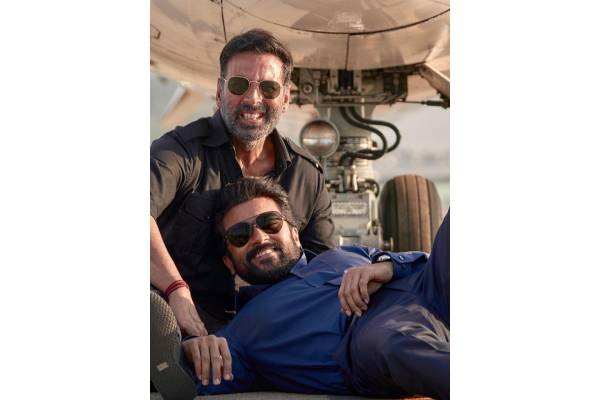 Actor Suriya has done a cameo in the Hindi remake of director Sudha Kongara’s super hit Tamil film ‘Soorarai Pottru’, which was partly inspired by events from the life of Air Deccan founder Captain GR Gopinath.

Confirming that he had done a cameo in the film, Suriya tweeted, “Akshay Kumar sir to see you as Vir was nostalgic! Sudha Kongara, can see our story beautifully coming alive again #Maara! Enjoyed every minute with team ‘Soorarai Pottru’ Hindi in a brief cameo!”

Actor Suriya, who played the lead in the original, chose to participate in the pooja of the Hindi remake, which features Bollywood actors Akshay Kumar and Radhika Madan in the lead.

Sudha Kongara, who directed the Tamil version of ‘Soorarai Pottru’, is directing the Hindi version also. Niketh Bommi is the cinematographer of this film, which has music by G V Prakash.

Suriya had flown to Mumbai to participate in the inaugural function of the Hindi version, after Akshay Kumar made a request to him.