Chemistry between Bunny and Pooja Hegde a major highlight for Ala… 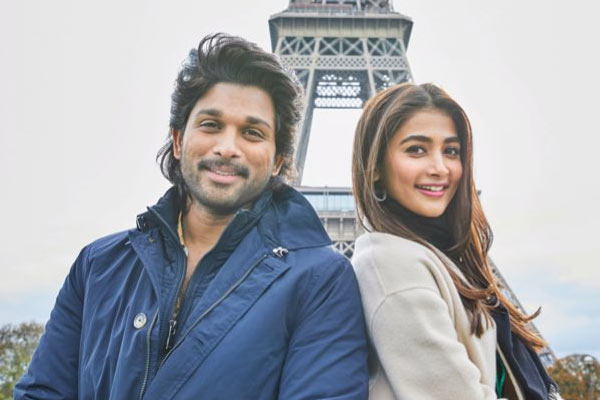 Trivikram Srinivas is banking heavily on entertainment in his upcoming film Ala Vaikunthapurramloo which has Allu Arjun and Pooja Hegde in the lead roles. The promotional content released so far has received unanimous response and generated terrific buzz on the film.

Reportedly, Pooja Hegde is going to be seen as Allu Arjun’s boss in the film and the chemistry between the duo is going to be one of the major highlights in the film. It is learnt that Trivikram has penned quirky and humour laced dialogues for scenes between the lead pair and they will be the biggest asset for the film. Trivikram is making sure that the entertainment factor drives the narration leaving audience in laughs every now and then.

The team is currently busy shooting for a romantic song in Europe. Yesteryear actress Tabu is essaying a prominent role in this family entertainer. SS Thaman has composed the soundtrack and S. Radha Krishna is bankrolling the film along with Geetha Arts. The film is slated for Sankranthi release.

Ala Vaikunthapurramloo is going to be Trivikram mark entertainer 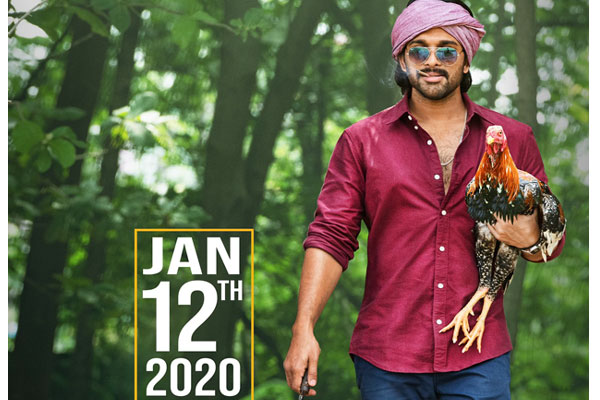 Writer and director Trivikram Srinivas has a knack of delivering full length entertainers laced with family emotions and nonstop comedy. In his recent films, he has missed his mojo as entertaining elements didn’t meet the expectations. In both Agnyathavaasi and Aravindha Sametha, Trivikram mark entertainment has clearly missed and disappointed audience.

Now, the vintage Trivikram is going to make a comeback with his upcoming film Ala Vaikunthapurramloo. Reportedly, the Allu Arjun starrer family drama is going to be a blend of entertainment and emotions in Trivikram’s style. It is learnt that the film is loaded with Trivikram’s witty punch lines and out and out entertainment that will cut across all sections of audience. Trivikram is making sure that Ala Vaikunthapurramloo is going to be a wholesome treat to audience this Sankranthi.

The film features yesteryear actress Tabu in a prominent role and Pooja Hegde is the leading lady. The first single has evoked a stirring response from music lovers. SS Thaman composed the soundtrack for the film.

Ala Vaikunthapurramloo first single : A Classical Melody in Western style 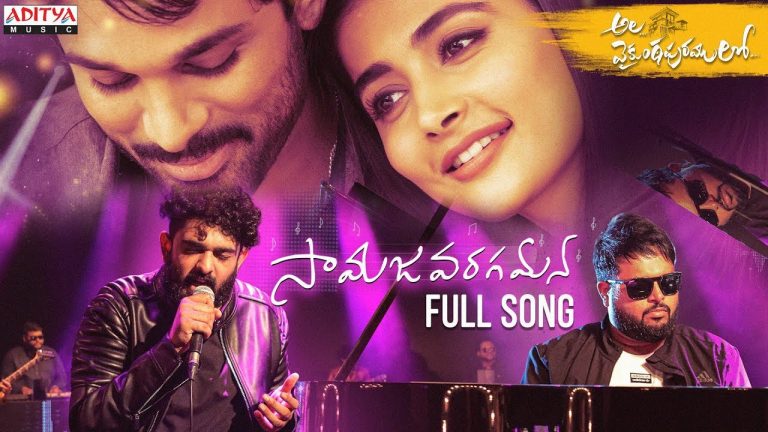 The promotions for Allu Arjun’s upcoming film Ala Vaikunthapurramloo have started off in style with the release of first single ‘ Samajavaragamana’ which is a classy earworm courtesy of impeccable team work from the trio of Sirivennela Seetharama Sastry, SS Thaman and Sid Sriram.

Samajavaragamana is a blend of classical orchestration in western style and chaste Telugu lyrics. In-form Sid Sriram delightfully lifts the mood of the song with his soothing vocals. His soulful rendition has been perfectly complemented by SS Thaman’s signature work with his electric guitar and keyboard. Sirivennela’s unalloyed Telugu lines defining the garce and beauty of a girl ( the lead heroine) take the cake. This beautiful and addictive melody will be an instant earworm for all sections of music lovers.

Trivikram Srinivas is known for his great music sense and he seems to have extracted the best from the talented trio. Needless to say, the buzz on the rest of the album will reach a new high with this single.

The icing on the cake is that the makers of Ala Vaikunthapurramloo have pulled off a first of its kind promotional video for this song. They have specially erected a set and shot the video as Sid Sriram and Thaman belt out a fabulous song for music lovers.

Ala Vaikunthapurramloo stars Pooja Hegde as the female lead. Produced by Geetha Arts and Haarika and Haasine creations, the film is slated for Sankranthi release.