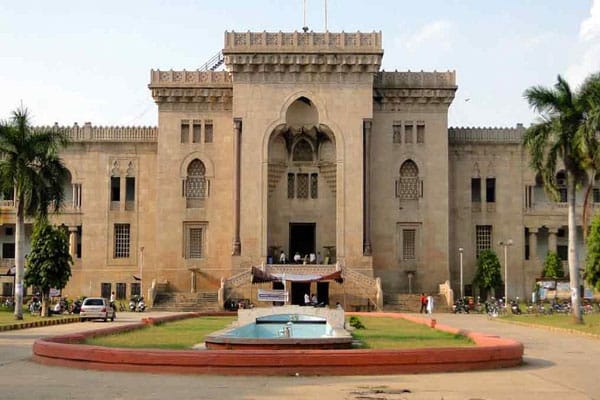 Osmania University in Hyderabad has indefinitely postponed the 105th Indian Science Congress scheduled to be held from January 3 to 7 next year. Reason: Its inability to hold the prestigious event for reasons beyond its control.

In an announcement made by OU Chancellor S Ramachandran the varsity said, “We had to take this decision keeping in view the recent incidents on the campus.”

What he was referring to was the suicide of 21-year-old MSc physics first year student, E. Murali, in the boys’ washroom in his hostel on December 3. A note found on him, according to the police, said: “Exams are round the corner and I fear I will fail. So I have decided to end my life.”

While his death has become a flashpoint for campus unrest and protests, Telangana students not only at the university but also elsewhere have launched an agitation for jobs to local youths. Since then, opposition political parties, particularly Congress, and Prof Kodandaram who spearheaded the student agitation for separate state have intensified their pressure on the KCR government for job creation measures.

Nevertheless, postponing one of the biggest events in Indian scientific calendar is unexpected. That means the university authorities might have got intelligence reports about simmering discontent and agitators’ plans to disturb the scientific meet which attracts hundreds of scientists from various disciplines from within and outside the country. Traditionally, it is held in the first week of January every year. Tirupathi in Andhra Pradesh hosted the 104th congress.