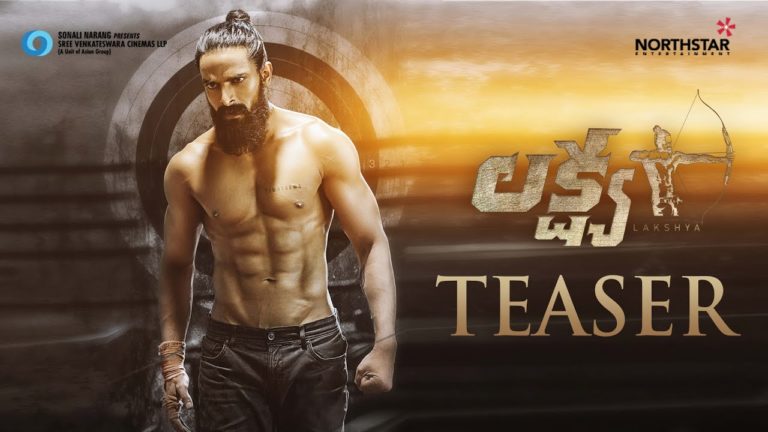 Young actor Naga Shaurya is celebrating his birthday today and the makers of his next film Lakshya released the teaser of the film. He is in news in the recent times for his stunning transformation. Naga Shaurya plays the role of an archer in Lakshya, a sports drama. The teaser narrates the story of Pardhu who fails in archery and gets shattered because of his anger. The rest of Lakshya is about his transformation and his comeback. The teaser hints that Lakshya is the story of a champion who makes it big in the sport.

The teaser looks interesting and is set in the backdrop of the archery which was never discussed on the Indian screen. Jagapathi Babu plays a pivotal role and he lent his voice for the teaser. Ketika Sharma is the leading lady and Lakshya is currently in the final stages of the shoot. Dheerendra Santhossh Jagarlapudi is the director and Northstar Entertinament & Sree Venkateswara Cinemas LLP are the producers. Lakshya is gearing up for a summer release this year.