Telugu360 is the first media exposed Dev’s lies by publishing evidences he is a booth level BJP worker from Chintal Basti , Hyderabad area. Immediately after Telugu360 breaking news he deleted his youtube videos and some other traces.

Our sources in Janasena inform, within Janasena ranks pressure is mounting on leadership to sack Vasudev and make a public announcement on it

Now, we digged deeper into his credentials and found more on his fake claims. We reviewed his academic and professional summary , found his educational background is a bogus. He also faked that he was awarded Global Indian Award in 2012 by the prime minister of India. While his laundry list of fake claims is endless, few striking ones are listed below 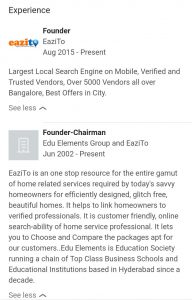 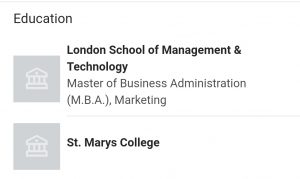 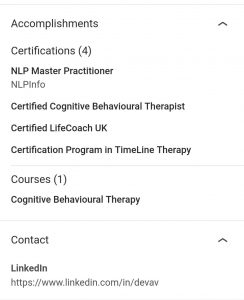