Young actor Vijay Devarakonda is busy with the shoot of a romantic drama that is directed by Kranthi Madhav. The shoot of the film is currently in final stages and the makers are in plans to release the film during the end of this year. The makers unveiled the title of the film and this romantic drama is titled World Famous Lover. Rashi Khanna, Aishwarya Rajesh, Izabelle Leite and Catherine Tresa are the female leads. 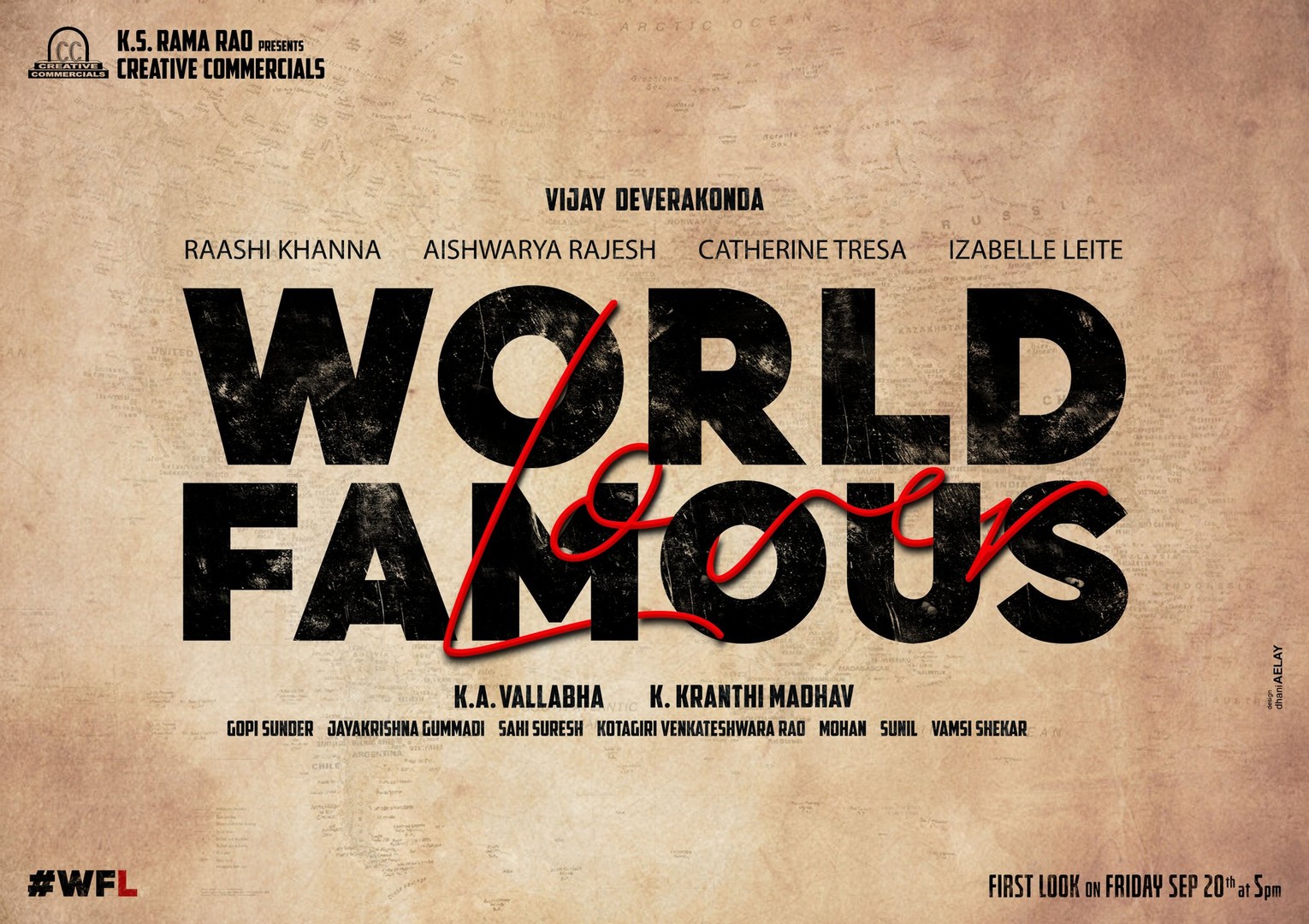