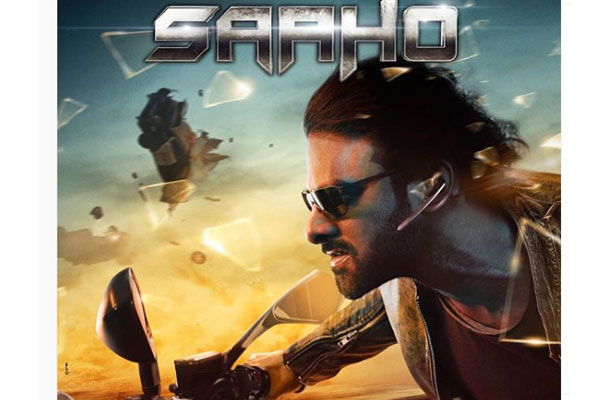 The first teaser of Prabhas’ highly anticipated action saga Saaho, which was unveiled today morning, has taken social media by a storm with 25 million digital views across all platforms in just 6 hours. This is a stunning feat for a Telugu film. The larger than life visuals with breathtaking stunts and Prabhas’ kick-ass avatar in the teaser have become a talking point in the audience.

The teaser which was released in different languages received a thumping response from audience all over the country and it garnered thousands of likes just minutes after its official launch. The impressive screen presence of Prabhas and Shraddha Kapoor along with the technical bravura have made fans and celebrities go gaga over the stylish teaser. The strong reception of the teaser is an example why Saaho is being eagerly awaited by audience in all languages.

Directed by Sujeeth, Saaho features a host of Bollywood actors and talented technical team. The shooting formalities have been wrapped up and the makers are planning a grand release on August 15th.