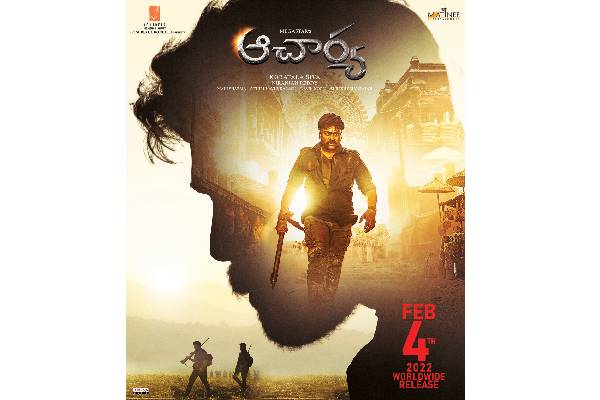 In a huge announcement that has made Chiranjeevi and Ram Charan fans happy, it has been announced today that Acharya will see the light of the day on February 4, 2022.

A poster through which the makers of the movie made the announcement showed an armed Chiranjeevi walking with utmost intensity on his face. It also featured a silhouette of Ram Charan, while another picture in the bottom showed both Chiranjeevi and Ram Charan walking together with weapons and a gang following them.

The film directed by Koratala Siva is a social subject that deals with Naxal and other issues, it is learnt. Shoot was completed recently.

Bankrolled by Konidela Production Company in association with Matinee Entertainment, Acharya will be presented by Surekha Konidela. Music is by Mani Sharma.