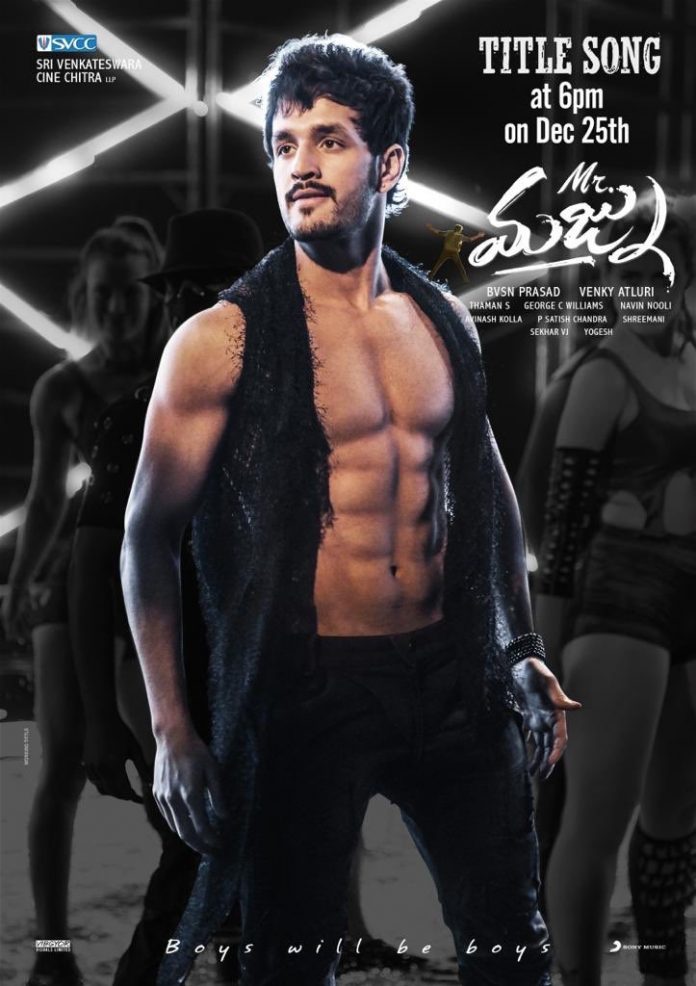 Akkineni scion Akhil is desperate to score a big hit. After two unsuccessful attempts, he has pinned all hopes on his third film which is titled as Mr. Majnu. Talented director Venky Atluri penned a romantic entertainer that suits Akhil’s age and mannerisms.

In Mr. Majnu, Akhil is going to be seen as a casanova and the story is set in the backdrop of London. The Akkineni lad will be seen sporting a eight pack in the film. The makers have unveiled a new poster in which Akhil is spotted with toned physique and eight pack abs. The title song of the film is going to be released on Christmas and Akhil will flaunt his eight pack physique in this song.

Niddhi Aggerwal is the film’s leading lady. BVSN Prasad is the producer. Mr. Majnu is slated for release in January.