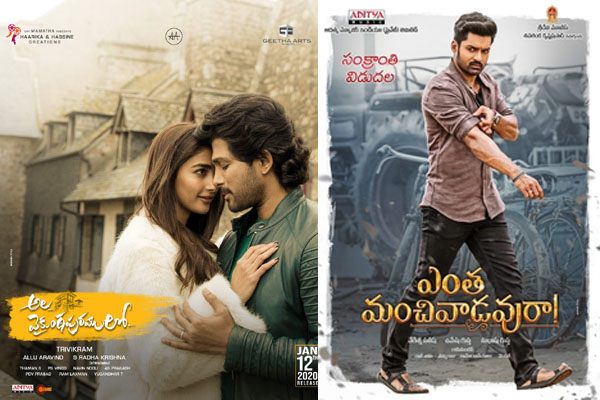 Allu Arjun’s upcoming movie Ala Vaikunthapurramuloo is getting ready for Sankranthi release. The film will face the censor test today. Trivikram locked the final runtime as 140 minutes as per the sources. He is said to have chopped a couple of episodes to make the film crisp. Another Sankranthi film Entha Manchivaadavuraa too is getting ready for censor scrutiny. Satish Vegesna directed this family entertainer that features Kalyanram and Mehreen in the lead roles.

The teams of all these films will keep themselves busy with the promotions for the next couple of weeks. On the other side, Sarileru Neekevvaru already completed the censor formalities last evening and was given U/A certificate. Rajinikanth’s Darbar too is in the race and it will open on January 9th in Telugu and Tamil languages.