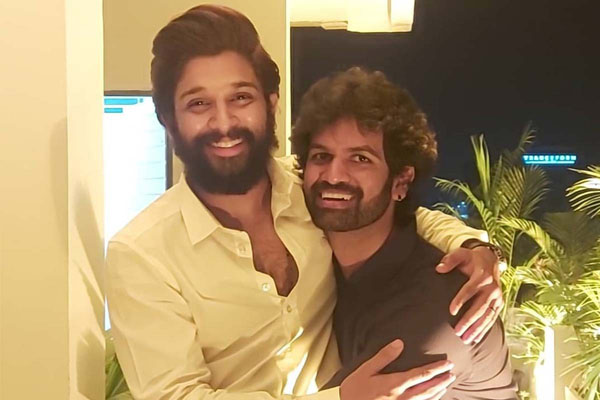 Stylish star Allu Arjun enjoys massive fan following in Tollywood and Mollywood as well. The actor raised in the film industry step-by-step with hits and flops. However, all his recent flicks are hits.

Though he has a background and got into the industry through the help of his father Allu Aravind and uncle Chiranjeevi, only his hard work and talent allowed him to survive in the film world.

Now, his cousin Viran Muttamsetty is going to make his debut as a hero. The film is titled ‘Bathuku Bustand’ and the first look poster was also released now. Currently, Viran is busy shooting.

The film is being written and directed by debutant I.N.R. while Kavitha Reddy and Madhavi are bankrolling the film on Illava films. Vas Kamal is cranking the camera while Yelender Mahavir is composing the music.