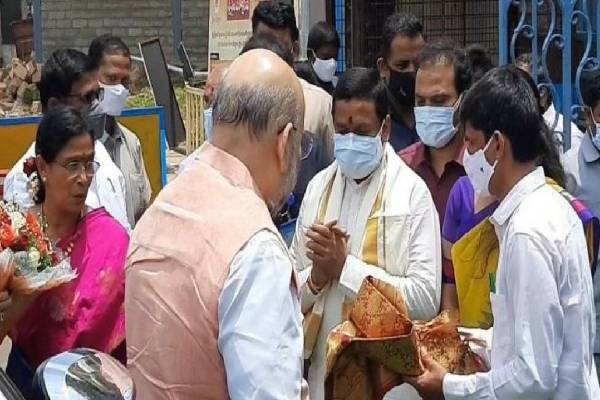 Amit Shah with his wife Sonal Shah reached Hyderabad by an aircraft and from there flew to Sundipenta in a helicopter. They then reached Srisailam by road and had darshan at Sri Mallikarjuna Swamy temple atop the Nallamala Hills.

The temple officials accorded a warm welcome to the union minister.

After participating in the rituals, Shah will have lunch at Bharamarambha guest house before flying back to Hyderabad.

The temple has got a facelift under Pilgrimage Rejuvenation and Spirituality Augmentation Drive (PRASAD) of the central government. The temple was granted Rs 50 crore under the scheme.