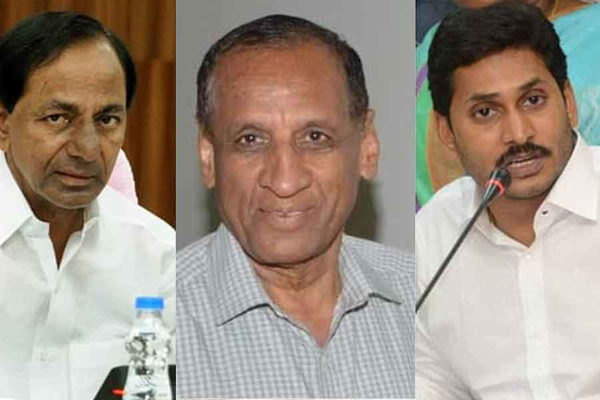 The Chief Ministers of Andhra Pradesh and Telangana on Saturday met E.S.L. Narasimhan, Governor of both the states, and discussed inter-state issues.

This was the first meeting of the two Chief Ministers with Narasimhan since Jagan Reddy took oath as the Chief Minister on Thursday.

The meeting, a day ahead of the fifth anniversary of the bifurcation of Andhra Pradesh, assumes significance in view of the disputes between the two states with regard to certain provisions of the Andhra Pradesh Reorganisation Act 2014.

The Governor is believed to have discussed the issues relating to the division of institutions under the 9th and 10th schedule, handing over the buildings housing the Andhra Pradesh government offices in Hyderabad, sharing of assets of the institutions located in Hyderabad and distribution of employees between the two states.

With the YSR Congress Party led by Jagan Reddy coming to power in Andhra Pradesh, Chandrashekhar Rao believes that the environment is conducive for resolving all the outstanding issues.

The Telangana Chief Minister, who attended Jagan Reddy’s swearing-in on April 30 in Vijayawada, has extended the hand of friendship to Andhra Pradesh and said both the states should amicably resolve all issues including the dispute over the sharing of river waters.

Earlier, Jagan Reddy had called on Chandrashekhar Rao on April 25 in Hyderabad to invite him for the swearing-in.