The Union Home Ministry reacted sarcastically on the complaints coming forth on the nationality of Congress President Rahul Gandhi. The Ministry sent a notice asking for clarification from Rahul on his Indian citizenship. It asked Rahul whether he is an Indian national. The clarification is asked based on a complaint given by senior BJP leader Subrahmanyam Swamy. The issue came up amid a running controversy after rivals raised questions over Rahul’s background.

Swamy’s contention is that Rahul has got over four passports. These are in the name of Rawool Vinci and also Christian. For several years, Subrahmanya Swamy is saying that Rahul is a British citizen. It was a fact that the Congress president studied in England for a while.

Political circles were surprised at the Centre issuing this notice as the general election is going on and there is also election code. Moreover, the Home Ministry gave 15 days notice period. It also made a reference to Swamy’s allegation that Rahul Gandhi worked as a director on a company board registered in England. Rahul has already given clarifications in the past but the Centre once again brought up the issue amid rivals’ allegations against its so-called diversionary tactics. 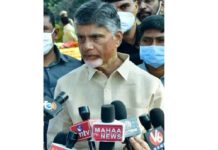 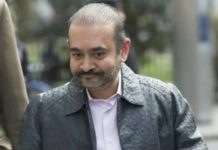