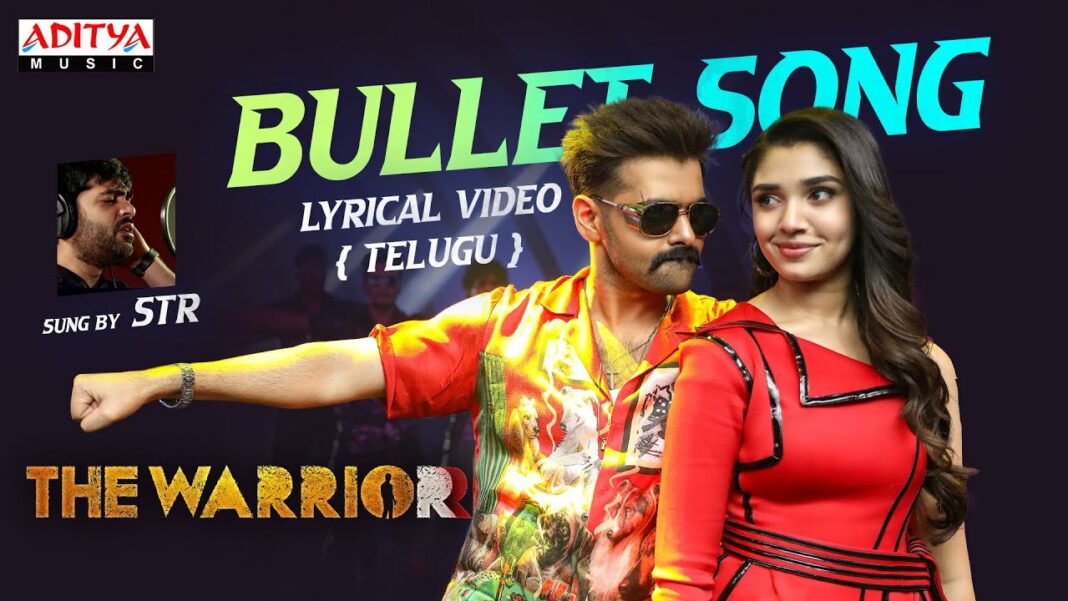 Here is one more sensational launch by the makers of Ram Pothineni-starrer The Warriorr, directed by N Lingusamy, who are raising anticipations on the movie with their each and every move.

They have released Bullet song sung by popular Tamil actor Simbu aka STR. The song composed by Devi Sri Prasad is a racy number that has been infused with ingredients to become an instant hit.

While DSP and STR have added immense energy to the song with their music and rendition, respectively, Ram Pothineni has owned the song with his out of the world dance steps and makes it a visual treat. Krithi Shetty accompanies him in the song. The grand making of the song grabs attention even in the lyric video.

The film will have a grand release on July 14. It is expected that an action festival is in store in theatres when the film hit the big screens. Srinivasaa Chitturi is producing the flick under Srinivasaa Silver Screen banner, while Pavan Kumar is presenting it. Aadhi Pinisetty plays a dreaded villain in this movie. Akshara Gowda is doing an important and interesting character in the flick.