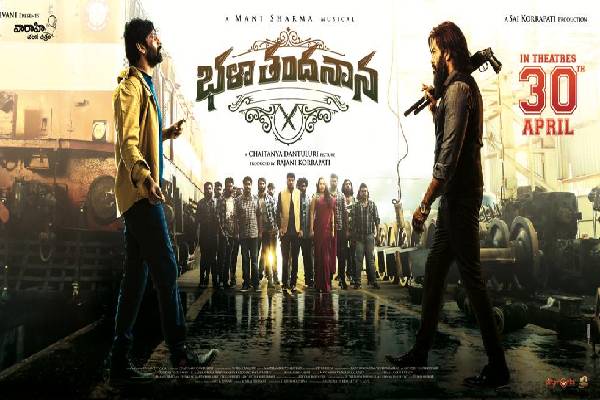 Hero Sree Vishnu has been in desperate need of a success. The actor will next be seen in an action entertainer Bhala Thandanana directed by Chaitanya Dantuluri. Meanwhile, the film’s release date has been locked. The makers have announced to release the movie on April 30th.

The summer will witness many big-ticket movies hitting the screens. However, the makers of Bhala Thandanana seems to be pretty confident about their movie doing well, despite heavy competition.

Catherine Tresa has played Sree Vishnu’s love interest in the movie produced by Sai Korrapati under Vaaraahi Chalana Chitram. The makers will launch vigorous promotional campaign, as the release date is not far away.