Samrat becomes first contestant to reach the grand finale after winning in the race to finale task today. Samrat and roll Rida competed in the task of saving eggs and Samrat was able to save the eggs as part of the task while Roll Rida lost in the task.

In the last two episodes Roll Rida and Samrat won the task of race to finale in level 1. Today’s episode was keenly watched by audience to see who will support whom in the task. That is especially because until yesterday Samrat and roll rida were in the same group , Kaushal and Deepti were in other group while Geetha Madhuri did not participate in the game actively.

Tanish openly supported Samrat and tried to protect him save the eggs. Geetha Madhuri supported Samrat because roll Rida nominated her for eviction in previous episode. By seeing all this, Kaushal decided to support roll Rida. That is despite the fact that roll Rida burst into tears after Kaushal’s dog comments on the housemates. Kaushal clarified roll Rida once again that his ‘dogs’ comments were not intended at roll Rida or any other housemate specifically but the word is used as part of general example. Roll Rida accepted the support of Kaushal. To be frank, Kaushal is the only housemate who supported Roll Rida, even though Roll Rida tried his level best to malign the image of Kaushal in previous episode.

Tanish strongly supported Samrat and after seeing these many episodes of Bigg Boss, Tanish character of being a dependable friend is coming out time and again. Once he trusts someone, he goes to any extent to save them. In physical tasks also, he was able to show his upper hand on Kaushal. Also, he is seen as a person who doesn’t have any jealousy. Almost, in this 100 days, he was never seen as someone feeling jealous when others won in any task. In fact, when Samrat won over him in yesterday’s episode, he tried to evoke some laughs, by teasing Geetha.

Samrat cried after becoming the first contestant to reach Finale:

With Samrat doing saved from evictions this week, 5 housemates will still be in danger zone. We will have to wait and see who will be evicted this week. Grand Finale will be on next weekend. 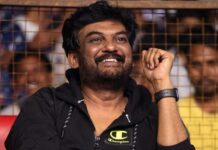 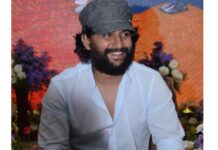 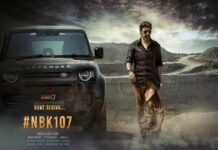 Budget heaped up for Balakrishna’s Next

Budget heaped up for Balakrishna’s Next