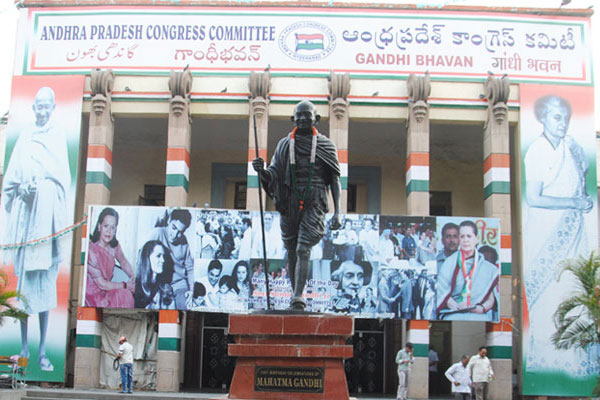 Bihar changed the complexion of the   bypoll campaign for the Warangal Lok Sabha constituency. The resounding victory of Grand Alliance led by chief minister Nitish Kumar and debacle of BJP is all set to  occupy the centre stage in the campaign for Warangal,  which is 1500 km  from the  epicenter of yesterday’s earth shaking development. Since Sunday morning, when trends of counting started pouring in, Bihar has become buzz word in  every political meeting in the Constituency, which is scheduled to go to poll on November 21.   Bihar sharpened both tongues and tunes  of Congress.  The T-Congress twisted the Bihar election result and redirected it towards Telanga Rashtra Samiti supremo and chief minister K Chandrasekhar Rao. The party calling upon the people to see Modi in KCR.

Against the backdrop of the clear victory for the party and its alliance in Bihar,  Congress  was quick to grab the opportunity to attack KCR.  Entire who’s who of Telangana Congress has descended on  Gandhi Bhavan on Sunday. The galaxy included former union minister S Jaipal Reddy,  Rajya Sabha member V Hanumantha Ra. TPCC president  N Uttam Kumar Reddy, leader of opposition K Jana Reddy, former Nizambad MP Madhu Yaski, leader of opposition in legislative council Md Ali Shabbr etc. They  launched a  frontal attack on  chief minister KCR and his style of governance. Jaipal Reddy said Bihar echoes would be felt in Warangal as well and Congress was sure to win the election. Stating that it was not an ordinary victory for Grand Alliance, Bihar people hunted Prime Modi out of Bihar, in which the PM campaigned so extensively  ignoring his status in the national politics. PCC president Uttam said KCR and Modi were identical in their  politics and KCR also would meet the same fate in Warangal like Modi in Bihar. All the leaders said Warangal  people would get enthused by the Bihar result and would teach a lesson to TRS as well. V Hanumantha Rao said TRS was also facing an opposition from the people  similar to the one the BJP faced in Bihar. ” In every TRS meetings, people , especially farmers, are questioning the TRS minister for their failure to deliver in the 17 months. This was exactly what Modi and the BJP experienced in Bihar. People were so fed up by Modi’s rule in past 17months that they did not even take cognizance of the huge financial package of Rs 1.25 lakh crore announced by Prime Minister Modi on eve of elections.” He said Congress would carry the Bihar message across the constituency. Uttam says Warangal people are  waiting to give their judgement on the 17 months of  government for his Modi -like governance, tall talk and empty hands.