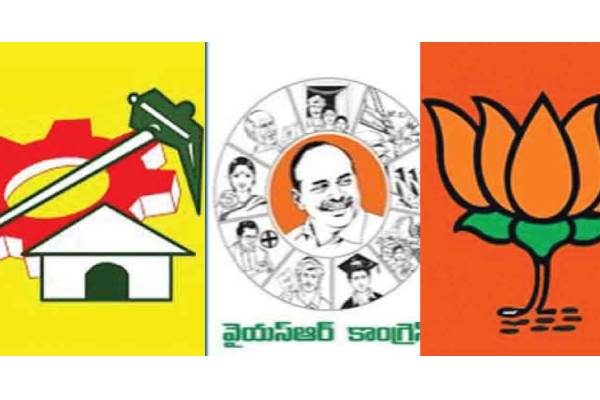 The rival parties began to challenge each other to boycott the Tirupati byelection if they have no faith in the system. It all started with Chandrababu Naidu’s boycott call on the parishad elections. The moment he announced this, the YCP began saying that the TDP is a sinking ship and it has no political relevance.

The YCP leaders are now asking why Mr. Naidu is not boycotting the Tirupati bypoll as well. It is better for the TDP chief to step aside since his party is sure to meet with humiliating defeat just like in the 2019 polls, local body and municipal body polls this year. The BJP too joined chorus and suggested the TDP quit the election.

On their part, the TDP leaders mounted a stinging attack, saying that it was CM Jagan Reddy who has no moral right to contest any election for that matter. The Chief Minister insulted the voters and boycotted the Assembly for over 3 years. He remained on the roads in the name of the Padayatra. He should have been in jail if not granted bail in the illegal assets cases. Moreover, the TDP has no faith in State Election Commissioner Nilam Sawhney only and has confidence in the bypoll.

The TDP leaders are also questioning the relevance of the BJP candidate in the Tirupati fight. It was well known that the BJP got less than one percent vote share in 2019. The BJP has a hidden agenda rather than making a genuine effort to win the support of the people.