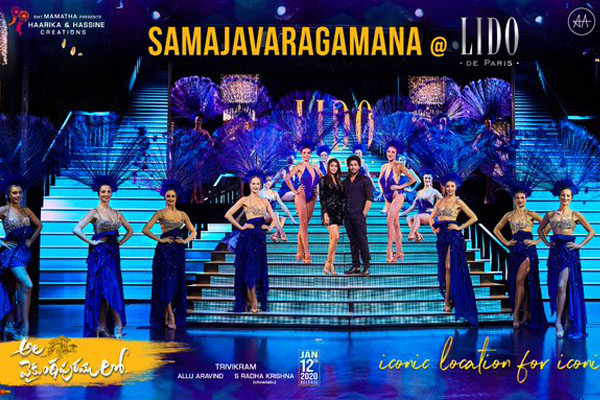 The team of ‘Ala Vaikunthapuramlo’ is filming at some exotic and iconic places in Paris. After filming the song ‘Samajavaragamana’ at Mont Saint Michel in France, the team also filmed the same number at Lido De Paris.

Le Lido aka Lido De Paris is a famous cabaret show. The show has been running from 1946 and is known for its exotic shows. Both Allu Arjun and Pooja Hegde participated with these dancers for a dance bit for this song. This is the first South Indian film to shoot at this iconic cabaret show.

The producers are spending a bomb to make this is a visually rich as the song became viral. ‘Ala Vaikunthapuramlo’ is directed by Trivikram and produced by S Radhakrishna and Allu Aravind.