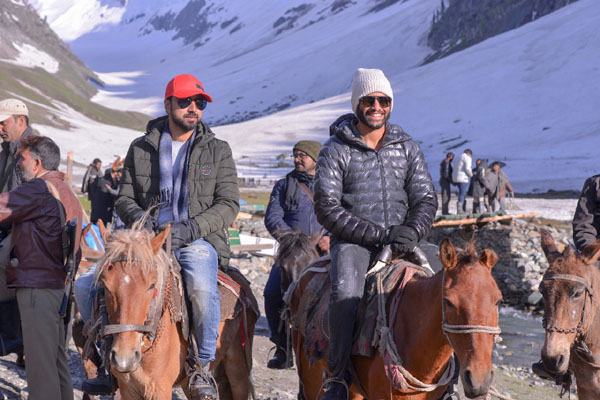 Venky Mama has already garnered good buzz, thanks to the fact that it stars Venkatesh Daggubati and Naga Chaitanya in the lead roles. Promotions are in full swing for this family entertainer.

As said by Venky Mama team, the Kashmir episode is a big highlight of the film.

Apparently, a few key sequences in the film were shot in Kashmir over a period of 30 days. The movie unit shot in three places in Kashmir – Gulmarg, Pahalgam, and Sonamarg.

The entire crew had to travel around 16 kilometers on horses daily in order to shoot a few particular scenes in Sonamarg, which happens to be a hill station. The temperature often dropped down to -4 and -5 degrees, said the team.

The army episodes, featuring the lead cast, were shot in Kashmir. This particular episode will have a duration of 40 minutes in the film and is expected to give a new visual experience to the viewers.

Venky Mama has locked December 13th as its release date.