Actress Pooja Hegde, who is rumoured to have been signed on for Mahesh Babu’s next yet-untitled Telugu film, says she cannot comment about the project at the moment.

Asked if the rumours are true, Pooja told IANS: “I can’t comment on it at the moment.”

The project, which happens to be Mahesh Babu’s 25th film, will be directed by Vamsi Paidipally.

On the career front, Pooja awaits the release of Allu Arjun-starrer “Duvvada Jagannadham” aka “DJ”.

She has teamed up with Arjun for the first time in this Harish Shankar directorial. 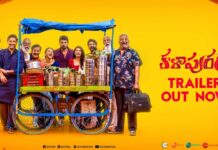