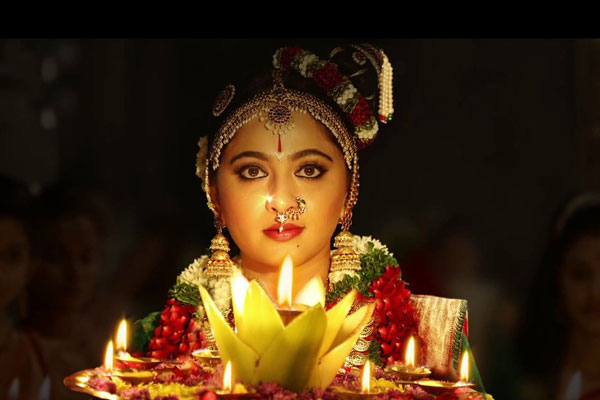 We had earlier reported that Anushka is set to be seen in a key role as a devotee of lord Venkateswara in K Raghavendra Rao and Nagarjuna’s upcoming film Om Namo Venkatesaya. And now, the team has revealed in the first look of the actress and boy, she looks wonderful.

Playing Krishnamma, a Tamilian devotee of the lord of the seven hills, the actress looks radiant in a traditional avatar. We hear she’s set to adopt a deglam avatar in the later part of the film. This is the fourth such avatar the versatile actress has donned after Arundhati, Panchakshari and Baahubali. Hope this is going to be yet another best one from her end.

Do check out the motion poster which has been released as well.