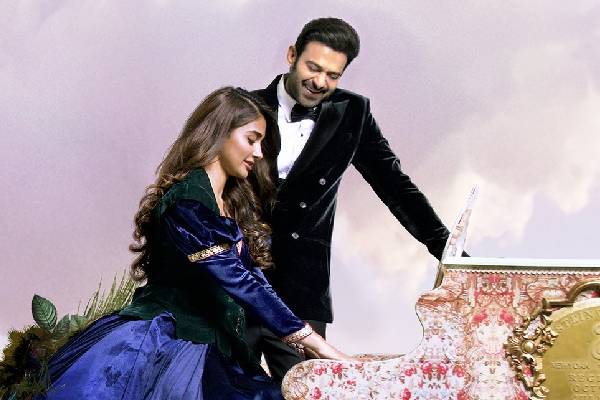 Prabhas is done with the shoot of Radhe Shyam long ago and the film was planned for a grand release on January 14th. The third wave of the pandemic spoiled the plans and the makers had to wait for a new release date. With restrictions lifted slowly across North India, the new release chart of films is getting ready. The makers of Badhaaai Do and Gangubai Kathiawadi will hit the screens on February 18th and 25th. The makers of Radhe Shyam are keen to lock the new release date and announce it at the earliest before the slots get filled.

The makers are considering March 4th as the new release date. T Series and UV Creations will take the final call this week and an official announcement would be made. March 4th would be an ideal date for Radhe Shyam as the makers of RRR announced the release date of March 18th if things go well. Waiting till April would be longer and there would be a bunch of Hindi films rushing for release if situations turn better. Coming to Telugu, Varun Tej’s Ghani is expected to hit the screens in March if RRR stands postponed. The makers of Pawan Kalyan’s Bheemla Nayak too will finalize the new release date soon.