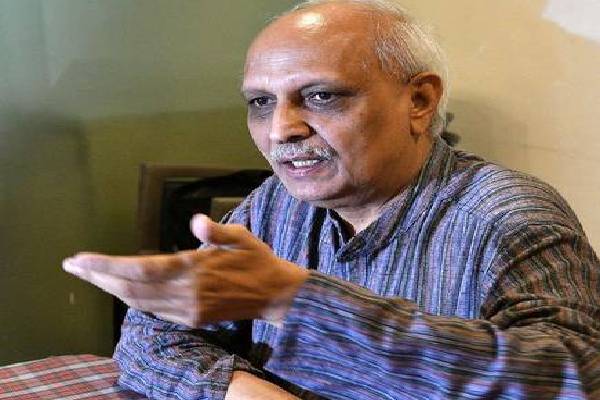 Former chief secretary of Andhra Pradesh IYR Krishna Rao has openly slammed the AP Government’s excessive spending on welfare schemes. The former CS, known for his plain-speaking and no-nonsense approach, said that borrowing to sustain the welfare schemes was bad economics and would only ensure that the state suffers financial catastrophe.

IYR said that there should be a balance between the revenue and the welfare spending. He said optimally, 10 per cent of the government revenues should be spent on welfare. But, borrowing for implementing welfare schemes is a bad idea, he said. He further said that the government is unable to even repair the roads, which are in extremely bad condition.

Though he did not directly mention CM YS Jagan, IYR suggested that there should be a balance between welfare and development. While spending on welfare is a good thing, indiscriminate borrowing is a wrong move.

IYR was the CS during the TDP regime and was critical of the TDP governance model. He was later made the chief of the Brahmin Development Corporation. However, he soon fell out with Chandrababu Naidu. Though other senior IAS officials have become advisors to the Government, IYR refused those positions.