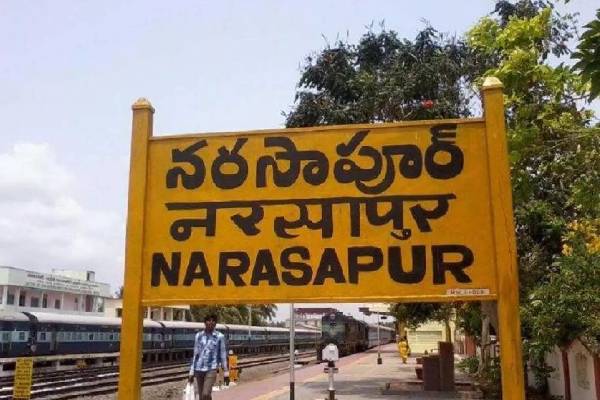 YS Jagan Government’s plan to carve out Narsapur district from united West Godavari district seem to be boomeranging. The proposal has left every section dissatisfied. The people of Narsapur division have organized a bandh on Saturday in protest against the decision to have Bhimavaram as the headquarters for the district.

The people of Narsapur feel that Bhimavaram is already a developed town and has all the facilities that Hyderabad has. Narsapur region is backward for various reasons. Carving out Narsapur district is a welcome move, but making Bhimavaram as the district headquarters town will do no good for the Narsapur area, they feel.

They also allege that some people in Bhimavaram knew about this proposal fairly well in advance and bought huge chunks of land at throwaway prices. Now this cartel will stand to gain from the realty boom that is likely to happen in and around Bhimavaram. Similarly, the people of Penugonda and Palacole too are unhappy that their region will not get anything from the new district.

Meanwhile, the dominant Raju community is also unhappy. They wanted the proposed Narsapur district to be named after Raju community icon and freedom fighter Alluri Seetharama Raju. The government has named Manyam district near Vizag after Alluri. While this fits in with Alluri Seetharama Raju’s area of activity during the freedom struggle, the Raju community, which owns him up, is disappointed. The decision of the government to carve out Narsapur district has left all sections unhappy.