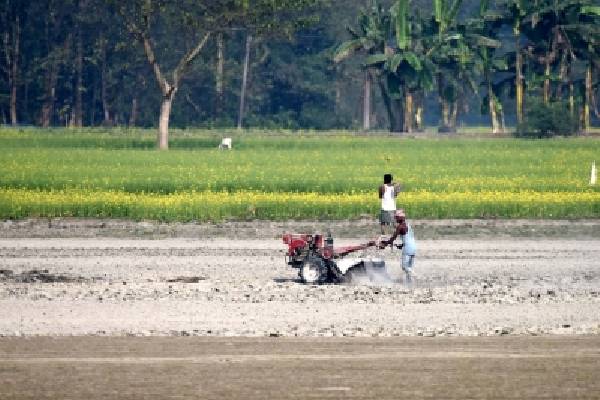 It is now becoming increasingly clear that both the Telugu States are now mired in financial crisis of great magnitude. According to the latest reports tabled by the Government in Parliament, AP and Telangana have emerged as the states where the farmers are the most indebted. While AP tops in the list of the states where farmers are most burdened with debt, Telangana stands a close second.

The study report says that the situation has deteriorated in both the Telugu states in the last eight years. This inter alia means that the condition has worsened in both the Telugu states after the bifurcation of undivided AP. Significantly, this is happening despite Rythu Bharosa in AP, Rythu Bandhu in Telangana, free power and adequate irrigation facility. What is worrisome is the fact that the farm incomes too are relatively less in both AP and Telangana.

Interestingly, both the states are claiming that the farm incomes have increased due to the policies of the respective state governments. Both the states claim that they are fast emerging as the destinations for rich and profit making farmers. But the report belies these tall claims. On the contrary, the farmers in both the states are in a very bad shape.