Duvvada Jagannadham, an Allu Arjun starrer that was marred by myriad controversies both before and after release, has almost ended its theatrical run. While the film’s domestic collections are ‘questionable’, it has surely left deep holes in the pockets of overseas distributor.

According to our internal sources, DJ producer Dil Raju has agreed to compensate the film’s overseas distributor, BlueSky Cinemas by giving him the overseas rights of his next film, Natural Star Nani’s ‘MCA’ for a very reasonable price. He also promised to sell the overseas rights of his future productions also to the same distributor. This is a very humane gesture from Dil Raju.

Considering that Nani is no less than a star hero in Overseas, the distributor may be at peace now hoping to recover the losses incurred by DJ with MCA. The actor’s latest release, ‘Ninnu Kori’ has once again proved that his films are money spinners in overseas.

In fact, Dil Raju’s immediate next release, ‘Fidaa’ is also being released by BlueSky Cinemas. The brand names of Raju and Sekhar Kammula, and the genre are advantages for this Varun Tej starrer in overseas. 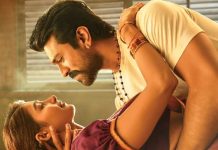