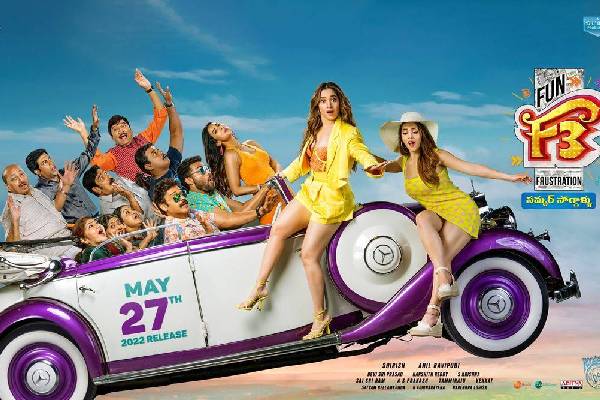 Top producer Dil Raju had high hopes on F3, the sequel for F2, one of the biggest hits for his production house. Dil Raju and the entire team of F3 promoted the film with the slogan that the film’s tickets will be sold for normal prices and there would be no hike. The tickets in AP are sold for normal prices but in Nizam, the tickets are sold for Rs 295 plus taxes (multiplexes) and Rs 175 plus taxes (single screens). Dil Raju had a strategy of making these the base prices for the future films and he wanted the audience to watch F3 for these prices. Raju also believed that the family crowds and common audience would rush to watch the film in theatres for these prices.

F3 opened on a strong note over the weekend but the weekday numbers are not satisfying in Telangana. In AP, the film has been doing decent business and it is also expected to have a strong second week. In Telangana, the audience are not much interested to watch the film for these high ticket prices. Dil Raju also sold the theatrical rights for huge prices and the film may fall short in recovering the theatrical deals. Films like Major and Vikram are releasing today and F3 would remain as one of the options for the movie lovers. F3 entered into its second week but the makers are not bothered about slashing down the ticket prices.

Dil Raju’s strategy for F3 went terribly wrong. It’s high time for the filmmakers to slash down the ticket prices and make them affordable for the common audience before the footfalls get reduced.