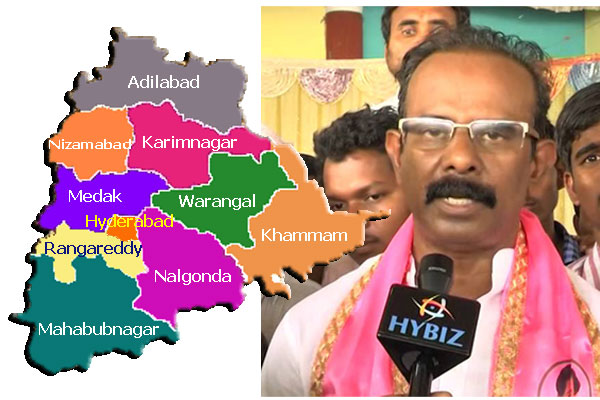 The World Bank report on ease of doing business in the Indian states seems to have affected morale of the new-born Telangana state. The state expressed displeasure at the World Bank report that pushed the TS to the 13 positions with 42.45 pc. marks. Telangana government which recently released its investor-friendly industrial policy is hopeful of attracting huge investments. The very objective 10-day trip to China by chief minister K Chandrasekhar Rao is to woo Chinese investors to the state banking on the friendly enviroment created in the state by the TRS government. But, the findings of the World Bank study have told a different story. What worried the TRS is the time of the report ie it is made public when KCR busy in showcasing the investment attractiveness of Telangana. If it is an ordinary study, Telangana would not have taken this into congnizance. But, the reports is prepared World Bank in association with professional organizations.

TRS expressed doubts over authenticity of the report. Party MP from Bhongir Dr Boora Narasiah Goud said all the NDA ruled states had got good ranking in the report. ” As we all know , Maharashtra, Tamil Nadu stand first in attracting the investments. But, the ranks are given to Gujarat and Andhra Pradesh. And Telangana is assigned 13th rank. This naturally gives rise to doubts in the minds of the people,” he said questioning reliability of the parameters followed in the preparation of report.

“The T state is attracting investments in a big way. Telangana is faring well on all the parameters individually such as Corruption, Land availability, Getting permission, Power, Land registration etc. Then, how can Telangana be pushed to 13 position. Doubts are being raised on the authenticity of the report,” Dr Goud said.

He also said the preparation of report lacked transparency. ” An organization like World Bank should adopt a transparent methodology while assigning ranks to the state as a whole,” he added.