Ever since Rajamouli announced the crazy multi-starrer with NTR and Ram Charan, speculations are rife in media and industry circles regarding the genre and the storyline. The makers are highly guarding the details and are tight-lipped about the ongoing rumours on the film’s plot.

Telugu360 has exclusively learnt some interesting details about the film’s plot and the characterisations of the lead roles. As per our reliable sources, the story of RRR traces to pre-Independence era in which Charan and NTR will be seen essaying conflicting roles. NTR will be seen as a bandit and Charan is playing a law enforcement officer who works for Britishers.

Initially, it will be a face-off between the bandit and the officer. But, ultimately they unite and join the armed forces to fight against the Britishers and oust them out of the country. The story is said to be high on social elements with emotional content. It will be an out and out commercial fare having strong technical values and visuals.

DVV Danayya is bankrolling this film on a grand scale. The female leads are yet to be finalized. 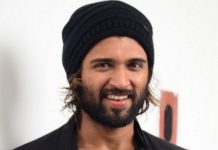 Mahesh Babu feels biopic on him will not work