Switch to: తెలుగు
Home Movies Movie News ‘F3’ all set for grand release with clean ‘U’ from Censor Board 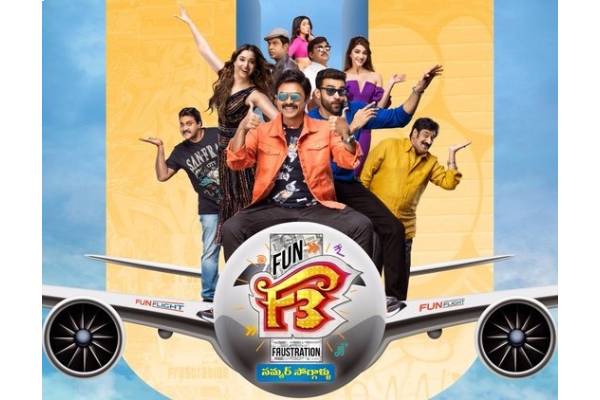 Venkatesh Daggubati will appear in the second part of Anil Ravipudi’s ‘Fun & Frustration’ franchise titled ‘F3’. With the family entertainer nearing its release, the Censor formalities for the movie have been wrapped up.

The makers who took to their social media profiles announced that ‘F3’ has completed its censorship formalities, as they also revealed the run-time of the movie.

The Censor Board has given the comedy movie a clean ‘U’ certificate. The film’s runtime has been set at 148 minutes by director Anil Ravipudi and producer Dil Raju.

While Venkatesh and Varun Tej are said to have played fun-filled roles in the movie based on money and greed, Tamannah Bhatia and Mehreen Pirzada play their heroines respectively.

Sunil will be seen in a pivotal role, while Sonal Chauhan has an extended role in ‘F3’ as well. Pooja Hegde will perform a special number in the movie too.