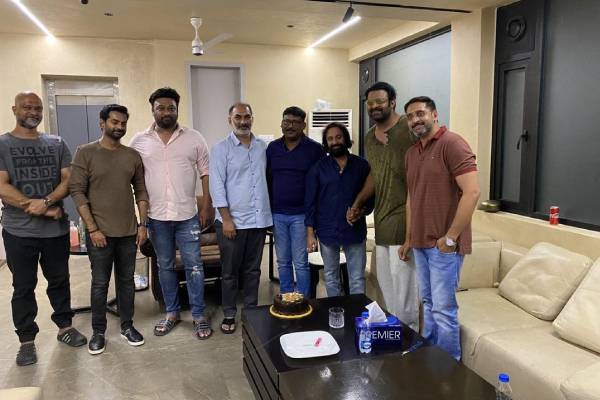 Prabhas’ upcoming romantic saga Radhe Shyam was delayed several times due to various reasons. The fans of Rebel Star trolled the production house for the updates and the film entered the last leg of shoot recently. A short schedule was concluded in Italy and the pending scenes on Prabhas and Pooja Hegde are completed. The entire shooting portions of the film are wrapped up by last night and the post-production work is happening at a fast pace. The makers are expected to make an official statement about the same and the new release date too will be announced at the earliest.

Radhe Shyam is a big-budget project that is directed by Radha Krishna Kumar and is set in 1970s in Europe. There are a lot of speculations about the story and the teaser clocked a good response. UV Creations in association with Gopikrishna Movies bankrolled this prestigious project. Prabhas will complete the dubbing for his part and he will head for the shoot of Adipurush early next month. He will also resume the shoot of Salaar in August.