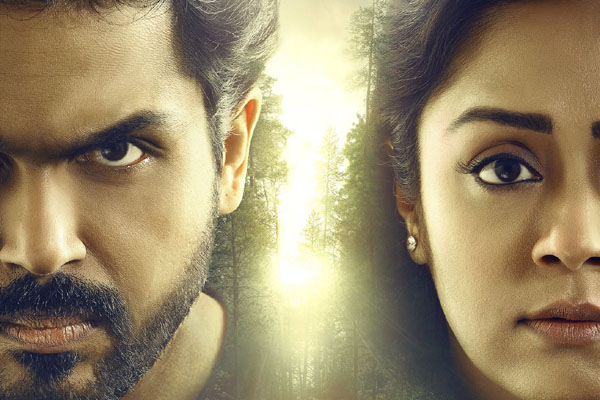 Talented director Jeethu Joseph created a sensation across the country with a thriller Dhrishyam. The film which released in Malayalam went on to be remade in all the Indian languages. His next directorial is directed Thambi (Tamil) and it features Karthi, Jyothika, Satyaraj in the lead roles. The Telugu version is titled Donga. Karthi’s brother Suriya unveiled the first look poster of the film today.

The entire shoot of the film got wrapped up recently and the makers are in plans to release Donga in December. Nikhila Vimal plays other crucial role and Viacom 18 Motion Pictures along with Parallel Minds Production bankrolled this action thriller. Karthi is currently riding high on the success of Khaidi which was a smashing hit in Telugu and Tamil. 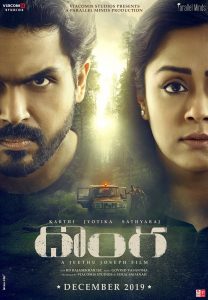