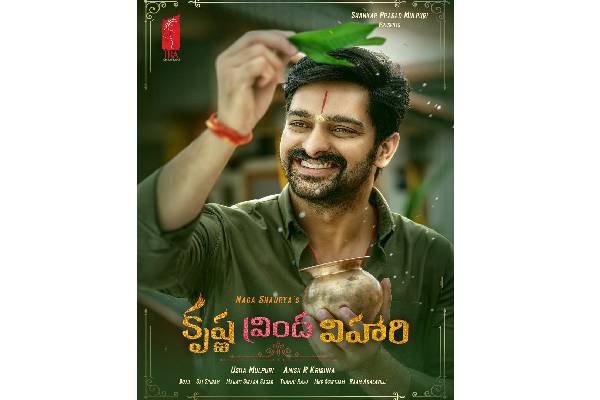 Promising young hero Naga Shaurya has been doing films at jet speed, though he is opting for distinctive scripts. His latest film being directed by Anish R Krishna and produced by Ira Creations gets an interesting title. The makers have also revealed first look of this movie, on the occasion of Shaurya’s birthday.

Krishna Vrinda Vihari is the title locked for the movie and the first look presents Naga Shaurya in a different getup. With Niluvu Namam and sacred threads, Shaurya looks effortlessly like a Brahmin in the poster. What really grabs our attention is his delightful smile. While the title is very pleasant as it reveals the names of Shaurya and Shirley Setia as Krishna and Vrinda respectively, the poster is equally impressive.

Veteran actress Radhika will be seen in an important role. Mahati Swara Sagar renders soundtracks for the movie which is done with its shoot, except for a song.