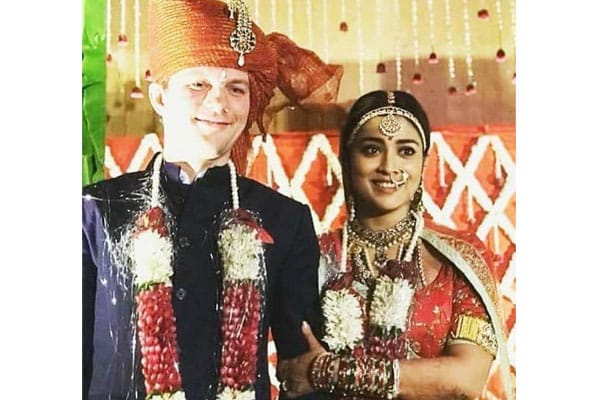 Top actress Shriya Saran got hitched to her Russian boyfriend Andrei Koscheev in a private affair on March 12th in Mumbai. Nothing much has been revealed about the wedding and the event has been attended by family members and close friends. The actress even stayed tight-lipped about the wedding after she neither confirmed nor denied the news. Now the first pictures of Shriya’s wedding are out and are making rounds across the internet. Shriya has been spotted in a traditional saree, Andrei wore a suit. The duo has been dating from the past few years but they have never been photographed together.