The first look poster of megastar Chiranjeevi’s most awaited flick Godfather being helmed by Mohan Raja under Super Good Films is out. It’s a double treat with Chiru’s mega menacing arrival, as the team released an introduction video.

Chiranjeevi looks intense in the first look poster. Sitting in a chair, he is seen thinking seriously about something. He sports grey hair which is first time for the megastar. Coming to the video, Chiranjeevi is given God level elevations, as he enters the office in an ambassador car, while there is huge crowd outside the office. Chiru gives a serious expression, before entering the office. The video is mass-appealing with Chiru’s charisma and Thaman mark BGM.

Konidela Surekha is presenting the movie that marks Tollywood debut of Salman Khna. Nayanthara will be seen in an important role in the movie announced to be released for Dasara. 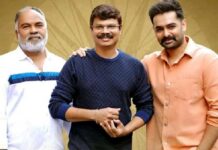 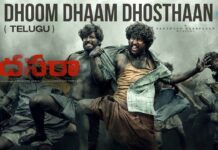