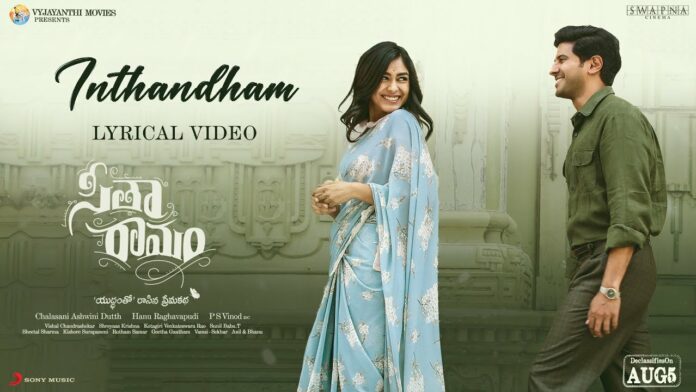 The second single titled ‘Inthandham’ from the Dulquer Salmaan-starrer ‘Sita Ramam’ is out.

The makers, who released the second single from the movie, wrote: “Our beautiful Sita is finally here to mesmerise you”, as they shared the video. They released the lyrical video for their second single, Inthandham, after teasing with a promo.

This song’s elegant orchestration added sophistication, and S.P.B. Charan’s vocals are pleasantly hypnotic. The song, which was written by Krishnakanth, depicts the lovely love affair.

The music composed by Vishal Chandrashekhar will be among the most valuable components. ‘Oh Sita Hey Rama’, the first song, which was released earlier, quickly rose to the top of the charts.

For this romantic saga funded by Aswini Dutt under the Swapna Cinema banner, director Hanu Raghavapudi selected the conflict of 1965 as the setting.