Hari Krishna died this morning in a fatal road accident. Even though he was son of NTR, he didn’t take up any party or government posts during NTR’s term as CM. His political journey started in 1983 as driver of Chaitanya Ratham of NTR

Brief synopsis of his political journey:

1983-Accompanied his father driving the Chaitanya Ratham in the 9 month campaign during the inception of the TDP.
1995- He was with Chandra Babu in the internal coup of the party against NTR.
1996 – Elected as MLA and he was MLA till 1999.
1996 – Cabinet Minister in AP government (Road Transport)
1999 – Hari Krishna launched his own political outfit, “Anna Telugu Desam Party (ATDP)” after differences with Chandra Babu. The party contested the Assembly elections that year in alliance with the CPI and CPI(M) but didn’t win single seat. The party no longer exists.
2006- Harikrishna rejoined the TDP.
2008- Became Member of Parliament (Rajya Sabha) from TDP
2014- He resigned from the House in 2014 over the bifurcation issue of Andhra Pradesh. 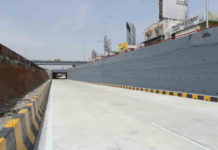