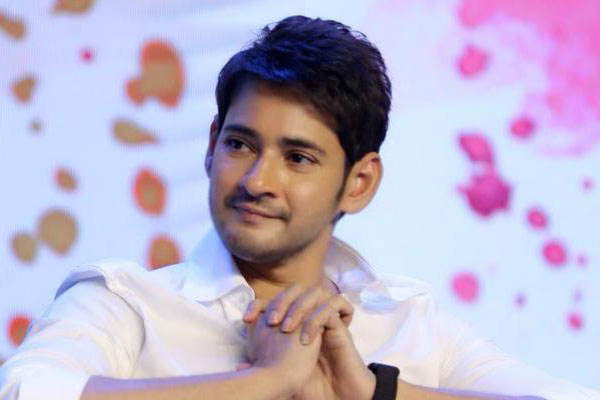 Actor Mahesh Babu, whose 25th film “Maharshi” hits screens on Thursday, says he is glad he hasnt become complacent with his own work in his two-decade long career.

“I’m happy I haven’t grown complacent as an actor. I still prefer working with directors who come to me with bound scripts. Also, I will continue doing one film a year because there’s no point doing too many. Today, the economics of filmmaking has changed and the stakes involved are very high. Hence, there are always high expectations from audiences,” Mahesh said.

He calls his forthcoming Telugu action drama “Maharshi” special because it is unlike any film he has done in his career so far.

Mahesh is confident that “Maharshi”, directed by Vamshi Paidipally, will break many pre-conceived notions about him.

“It’s a film that has so much to offer. It has a very powerful social message that is well-laced with other commercial elements. I say it’s a film unlike anything I’ve done so far because audiences can easily relate to my character Rishi. The journey of my character will be both interesting and inspiring,” Mahesh said.

The film sees Mahesh play a college student, a business tycoon and a common man.

Recalling the experience of returning to college, Mahesh said it was fun and challenging at the same time.

“People have been saying I look the same in all my films. Therefore, we decided to go with different looks to essay three different phases of my character. It’s not just with respect to my looks but ‘Maharshi’ will break many pre-conceived notions about me,” he said.

Asked if it was really worth making Vamshi wait for such a long time to make the film, Mahesh said it was definitely worth it.

“After I heard the narration, I was convinced I should do the film. It’s not about a rich guy returning from the US and giving back to the society. It’s like a semi biopic of a character called Rishi, who grows up in a middle class family, makes big bucks and becomes a business tycoon and eventually returns to his roots.

“The journey is very inspiring and there’s so much depth in the story. Audiences will resonate with my story strongly,” Mahesh said.

He said the film packs a powerful social message.

“It’s not easy to make a film that has a message and at the same time is packed with all the commercial elements. Vamshi is a very honest filmmaker. In the two years he waited for me to complete my other commitments, he kept improvising on the script with his writers.”

Mahesh also confirmed that a film with S.S Rajamouli is in the offing.

“We are committed to work together. Producer K.L. Narayana will bankroll our project. But we can only collaborate when both of us are relieved of our current commitments. Hopefully, we should be free by next year,” he added.