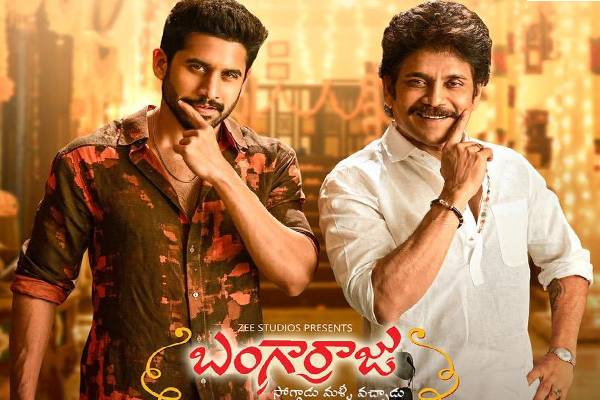 The Hindi premiere of Telugu blockbuster movie ‘Bangarraju’ is slated for July 6, on Zee Cinema. The movie, directed by Kalyan Krishna Kurasala, was released earlier during the Sankranti season in Telugu, creating much buzz at the theatres.

Now that the father-son — Naga Chaitanya and Nagarjuna — starrer is gearing up for its Hindi premieres, the duo has expressed their excitement.

Nagarjuna said that the fantasy-themed movie Bangarraju turned out to be a great hit, as it has all the aspects of entertainment in it.

“The audience determines whether a film succeeds or fails. Bangarraju is a movie made with the general public in mind. Women, children, and elders will find it enjoyable,” Nagarjuna said.

Nagarjuna went on to explain that “The idea of a regular person suddenly becoming a superhero in movies like Spiderman and Superman has always captivated me, and with our movie, we’re bringing that idea to the general public. It’s a fantasy-themed family entertainment with some incredibly astonishing components.”

The Manmadhudu actor also said that “Witnessing your child excel in their career makes you happy every time. Since Chaitanya has always been meticulous, I’ll admit I’m a little envious of his success in landing that position.”

Naga Chaitanya, on the other hand, expressed his happiness over the Hindi release of Bangarraju, “The hero of today’s movies is content, and we are finding our places in that. I’ve never played a part like the one I have in Bangarraju, so it was difficult at first, but I got used to it. ”

The Majili actor explained further: “You’ll appreciate viewing this movie with your family. It was enjoyable to play a game in a paranormal setting, and it was much more enjoyable to do it with my father. We have previously collaborated, therefore we are familiar with each other’s workspace.”