Sunrisers Hyderabad (SRH) skipper David Warner termed playing away from the home seems to be a little bogey for them referring to their only fourth away loss in the Indian Premier League (IPL), this time against Delhi Daredevils by six wickets at the Ferozeshah Kotla Ground here.

On Tuesday, Sunrisers failed to defend their mammoth 185/3 against a collective effort from the young Delhi boys, who ensured their team stayed alive in the race to the play-offs.

Acknowledging his team’s failure to win matches away from home, Warner said: “Obviously, it has been a little bogey being away. Not winning too many on the road. Talking to the guys, they thought 186 was enough.”

“The way Yuvi finished off was fantastic. They (Delhi) played unreally. They came out with intent in the first six (overs) and with the way they finished, credit to them,” he said.

Warner insisted about the change of wicket in the second innings and looked like he was a bit disappointed with his bowlers who failed to hold the advantage of bowling slower balls.

“Definitely after the first couple of overs when the spikes were going in, the wicket looked slow. The slower balls were holding up and that is where we needed to be predictable,” he said.

“The quicker ball was coming on nicely. There wasn’t too much dew and no excuses. They batted fantastically. We have a couple of days before two games at home,” he added.

Sunrisers played five home and away games in IPL 2017 so far and managed only one victory and one washout match in touring matches. But they have maintained an exceptional record of winning all the five home games so far.

On the other hand, Delhi skipper Karun Nair, who scored a 20-ball 39 to set the tone of the chase, is elated to be back amongst the runs.

“I am a bit disappointed to get out after getting a start, but glad to get some runs finally and hoping to kick on from here,” he said.

Referring to the dropped chance of Yuvraj, who was on 29 when Sanju Samson failed to take a regulation catch, Nair said it took the target so far but insisted on playing fearless cricket. Yuvraj went to blast an unbeaten 41-ball 70, laced with 11 fours and one six to take the visitors past the 180-run mark.

“I think the bowlers gave it their all, and if we had caught that catch they wouldn’t have got that far,” he said.

“We told ourselves, we are a young team, and we should play like a young team. Go out there, play without fear,” he added. 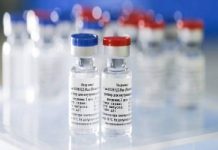