Superstar Rajinikanth’s latest outing Kaala has been badly rejected even before the film’s release and it received a negative response from the audience along with poor openings. There are talks that Rajinikanth’s recent comments on Tuticorin incident and his political entry turned out to be the barriers and had a huge impact on the film. Rajini’s unusual comments on Tuticorin incident, his view on Cauvery issue along with his political debut have made the audience stay away from Kaala revealed several analysts.

Ram Gopal Varma’s recent outing Officer suffered badly and it ended as the biggest disaster in Telugu cinema after RGV has been responsible for Sri Reddy’s harsh comments on Pawan Kalyan. Earlier Aamir Khan too faced the heat when he spoke about intolerance in the country and people uninstalled Snapdeal app which the actor was endorsing. But those comments had nothing much to do with his next release Dangal which is the country’s biggest grosser.

Veteran filmmaker Thammareddy says that those films failed because they are bad and not because of controversies. “People are watching films based on the trailer and not because of the statements made by celebrities” says Suresh Babu. Top producer NV Prasad who released Kaala across the Telugu states revealed that the film failed to appeal to youth because of which it ended up as a disaster. Rajini’s statements make no impact in Telugu states said NV Prasad.

Kaala which released on June 7th has been declared as a disaster across Telugu states. The film even failed to get decent numbers during the first weekend. PA Ranjith directed this action drama and Wunderbar Films produced Kaala. 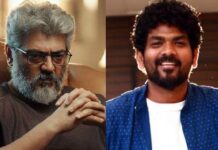