After coming to power, CM YS Jaganmohan Reddy continued saying that his government would treat the party manifesto and ‘Navaratnalu’ promises as the Bible, the Quran and the Bhagavad-Gita. Over the weeks, these grand promises are being partially or fully broken one by one. Now, the flagship promise on Rythu Bharosa is in doubts. A crop investment support of Rs 12,500 was promised to farmers in the YCP manifesto. But, the Jagan Reddy government has informed in the Assembly that AP will be giving only Rs 6,500 each to the farmers.

Jagan is not openly explaining about the manner of implementing Rythu Bharosa but it is clear now that he is going to give only half of the promised amount. The remaining Rs 6,000 will be given by the Centre separately under Rythu Samman national level programme. A general feeling is gaining ground that Jagan would not pass on full benefits as promised under Navaratnalu any more. Old age pension beneficiaries thought they would get Rs 3000 but eventually, they got just Rs 2250. No strong beginning is made towards total prohibition also.

Jagan gets one more jolt in Supreme Court over power staff bifurcation ! 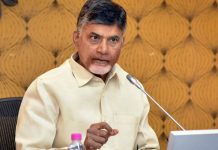